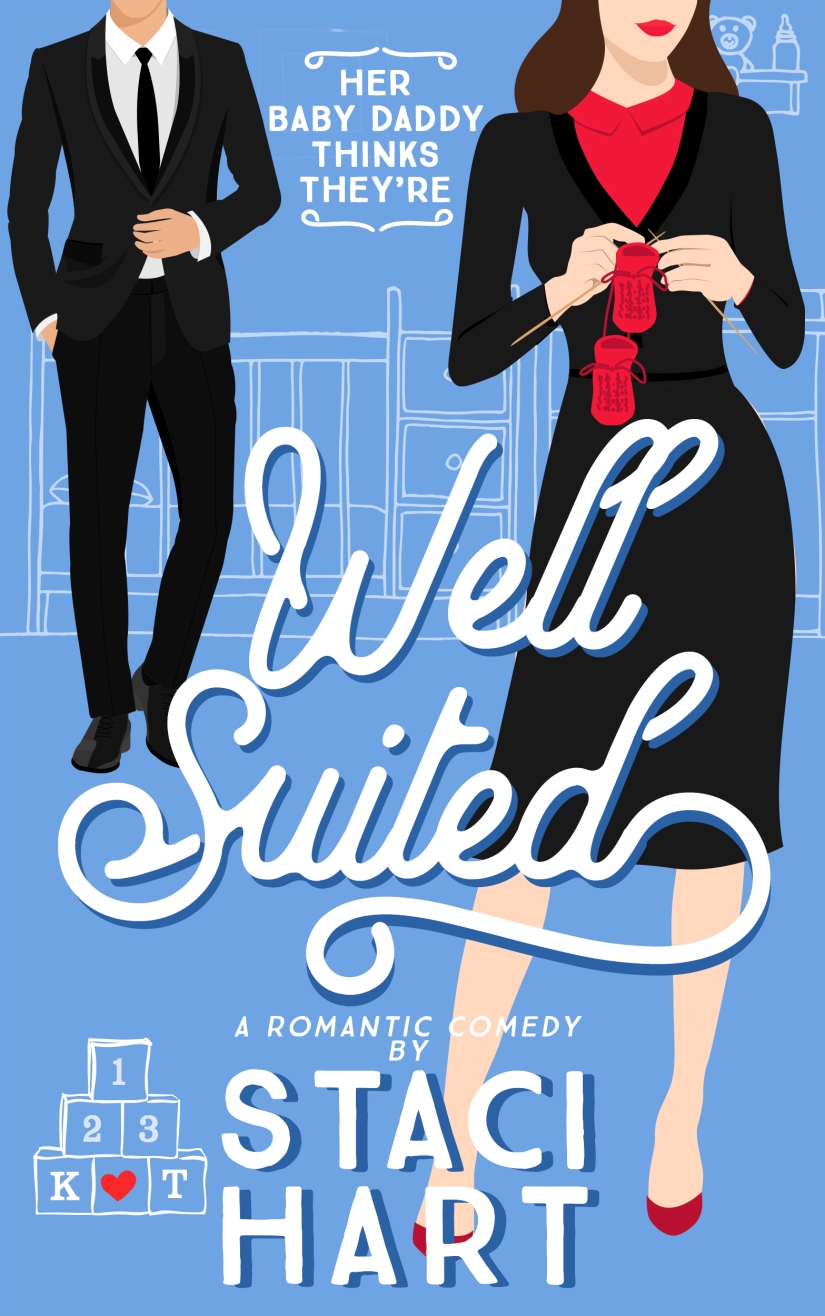 5 out of 5 interesting and unusual stars

I’ve been reading a lot lately, but haven’t reviewed a book in quite a while. My review of Midnight Valentine doesn’t really count, because I basically copied and pasted my initial review to the blog, so there was no original thought required. 🙂

Staci Hart is an exceptional writer, and I’ve enjoyed every one of her books. The whole Red Lipstick Coalition series is delightful and charming and fun. I love books that take place in New York City. At one point, Theo takes a walk through the city, and I could see all the places in my mind’s eye.

Each book can be read as a standalone, if you’re not ready to invest the time in an entire series. (Naturally, I think once you’ve read one, you’ll want to read them all!) My favorite is still book 2, Player, because it’s about Broadway musicians, but this fourth book is wonderful. Of course, by the final book in a series, you know the supporting characters really well, having already read their stories. It’s lovely to see Val and Sam, Rin and Court, and Amelia and Tommy play a role in the telling of the coming together of Katherine and Theo.

We’ve known Katherine since book 1, Piece of Work, and she is, as they say, a quirky bird. (Probably not coincidentally, Staci Hart is known as @imaquirkybird on Twitter!) Katherine likes rules, and order. She likes to make plans, and she’s happiest when things go according to her plans! I had a bit of trouble relating to her in the first three books, because she can be a little off-putting, what with her spouting facts and speaking in a very clinical manner, but I can really relate to this aspect of her personality.  I, too, like when things go the way I’ve planned them!

You can imagine that she’s thrown for a bit of a loop when she discovers that she’s unexpectedly pregnant by the brother of her friend Amelia’s husband, with whom she had a one-night stand. She doesn’t believe in love and relationships, but she wants to give her baby the best possible life, so she and Theo enter into a sort of understanding, complete with rules and expectations.

If you’ve ever been pregnant, you know how everything feels completely out of your control: your body, your emotions, your circumstances, and your best-laid plans. Katherine feels this way, and she really doesn’t like it! It was quite funny to read about how much she had to change the way she looked at the world, and see her frustration with having to learn to let go of the rules and expectations she had put on herself, her life, and her relationship with Theo.

Speaking of Theo, I think he’s my favorite of the RLC heroes. I was a little jealous of Katherine, reading about how he anticipated her every need and cared for her and their unborn baby with such devotion, putting up with her quirks and all of the disorder that pregnancy brought to Katherine’s orderly emotions. He was exactly what “Kate”, as he and only he is allowed to call her, needed, even if she couldn’t see it.

Every couple has its moment of difficulty, and I often find myself getting stressed out as I see it approaching. (Sometimes I have to stop reading altogether for a little while!) I really hate when the cause is something stupid, like a disagreement or a misunderstanding which could have been avoided if the couple had simply talked to each other. When Kate and Theo reach this point in their story, it makes complete sense, because they really are two very different people with completely separate outlooks on love and relationships; and I wasn’t anxious about the cause or whether or not they would be able make their way back to each other. I was certain that they would, and not in a “it’s a romance book, and the fourth in a series, no less; of course they’re going to make up!” It’s because these two characters were so perfectly written, that it would not have made sense for them to end up any other way, and I trusted Staci Hart to get them there.

Buy Well Suited on Amazon, or read for free through Kindle Unlimited

Chemistry is my love
language.

I’ve always been able to separate feelings
from chemosignals. A shot of dopamine, a dash of serotonin, and a sprinkle of oxytocin—and bam.
You’re in love.

I couldn’t even be surprised as I stared
down at the little blue plus sign, because I knew exactly when and how, and with whom it happened.

When: approximately five weeks ago.
Who: one night stand.
How: prophylactic malfunction.

The upside? I don’t have to go looking for
a suitable mate.

Genetically, he’s the cream of the crop.
His musculature is a study in symmetry and strength, his height imposing and dominant. He is a man
who thrives on control and command, a man who survives on intelligence and resourcefulness. A
perfect male specimen.

And the whole package is wrapped up in
a flawlessly tailored suit.

I’m having this baby, and he insists we’re
well-suited to have it together. And what’s worse? He wants more, in the way of love and
marriage.

But love isn’t real. It’s just a product of
chemistry.

And if he changes my mind about that,
we’re both in trouble.

Download your copy today or read FREE in Kindle Unlimited!

Staci has been a lot of things up to this
point in her life — a graphic designer, an entrepreneur, a seamstress, a clothing and handbag designer, a
waitress. Can’t forget that. She’s also been a mom, with three little girls who are sure to grow up to
break a number of hearts. She’s been a wife, though she’s certainly not the cleanest, or the best cook.
She’s also super, duper fun at a party, especially if she’s been drinking whiskey.

From roots in Houston to a seven year
stint in Southern California, Staci and her family ended up settling somewhere in between and equally
north, in Denver. They are new enough that snow is still magical. When she’s not writing, she’s reading,
sleeping, gaming, or designing graphics.